Be ready for a trip around some of the most stunning scenery above and below the sea. 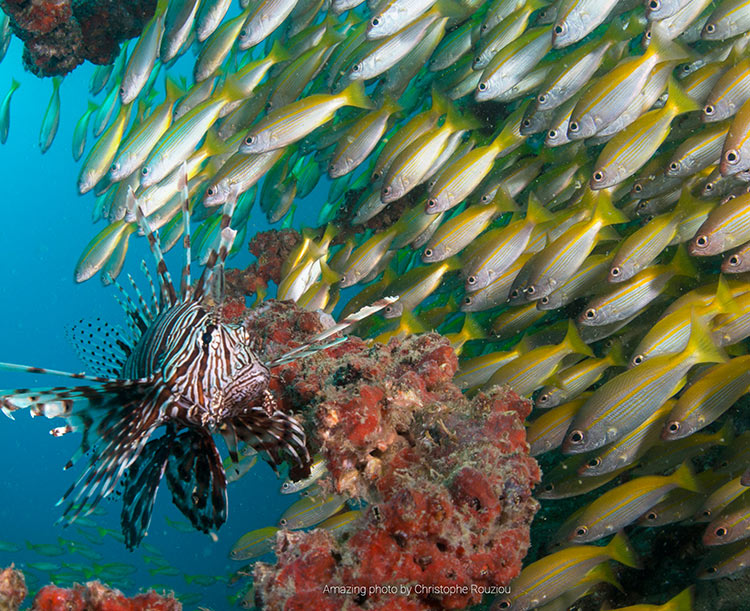 The large, uninhabited island of Phi Phi Lei is famous as the setting for the film The Beach. Although we can’t guarantee you movie stars, we can promise you a trip around some of the most stunning scenery above and below the sea.

Koh Phi Phi has a huge variety of different dive sites to explore. Most of the dives are steep walls with many cracks. There are also numerous small caverns to explore and even caves but this is only for very experienced divers. You will spot turtles, blacktop, and Whitetip reef sharks. Leopard sharks are common too.

Macro lovers will also be delighted with many seahorses and various species of pipefish with great opportunities for underwater photography. 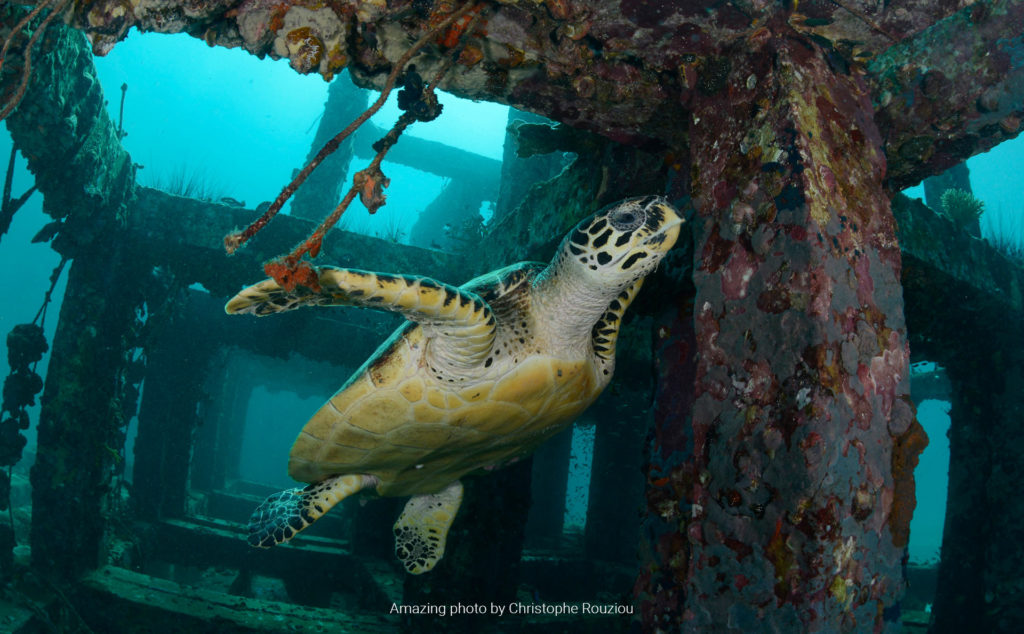 Found on the north-west coastline of Koh Phi Phi Ley, Palong Wall gets its name, not from what’s below the surface of the calm water, but from the soaring cliff face above the waterline.  The reef itself is a sloping reef, stepped with long plateaus traveling parallel to the cliffs.  Where the reef meets the sand there are small walls and rocky outcrops that are great for exploring. Due to the reef structure, snorkeling is very good here.

The big attraction for both scuba divers and snorkellers is the many black-tip reef sharks that patrol the area.  Normally they are found in the shallower areas of the reef, but can also be found swimming over the sand flats.  Turtles are also frequently spotted, and occasionally a zebra shark can be seen resting on the sand.  As you would expect, the normal reef-dwelling fish are found here, especially noticeable are the different species of angelfish, butterflyfish, and parrotfish.

Hard corals dominate the reef, with many gorgonian sea-fans found in the deeper parts.  It is also a great place to spot turtles, due to the abundance of bubble coral, their favorite food. 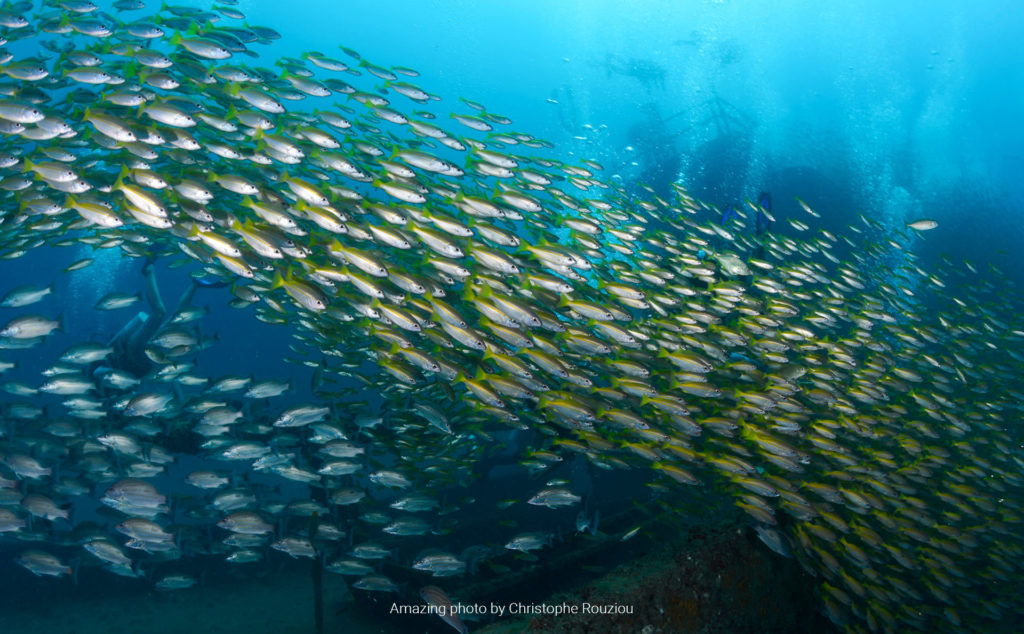 Normally, this is our special trip every Monday! Join us and explore this amazing wreck absolutely full of life. Kled Kaeo wreck is literally a ball of fishes.

In March 2014, an ex-navy gunship, the Kled Kaeo (or Kled Gaeow), was sunk on the east side of Phi Phi Ley Island.  This 50-meter long wreck quickly became home to a large quantity of marine life, including some of the biggest lionfish found in the area.

As the deck is located at 20 meters and the seabed at 26 meters, this dive is suitable for divers who hold a PADI Advanced Open Water certification, Deep Adventure dive or are studying towards these certifications. The penetration of the wreck is also possible, but only for those qualified to do so.

Also regularly found at the wreck are very large schools of fusiliers and barracuda, as well as many different nudibranchs, and if you’re lucky, a frogfish.  Kuhl’s stingrays and bamboo sharks are often seen on the seabed, and the occasional appearance of bull sharks have been reported too.

Even though the wreck doesn’t always have the 25-meter visibility often seen on the surrounding reefs, and can be prone to some current, it is, without doubt, one of our favorite dive sites. 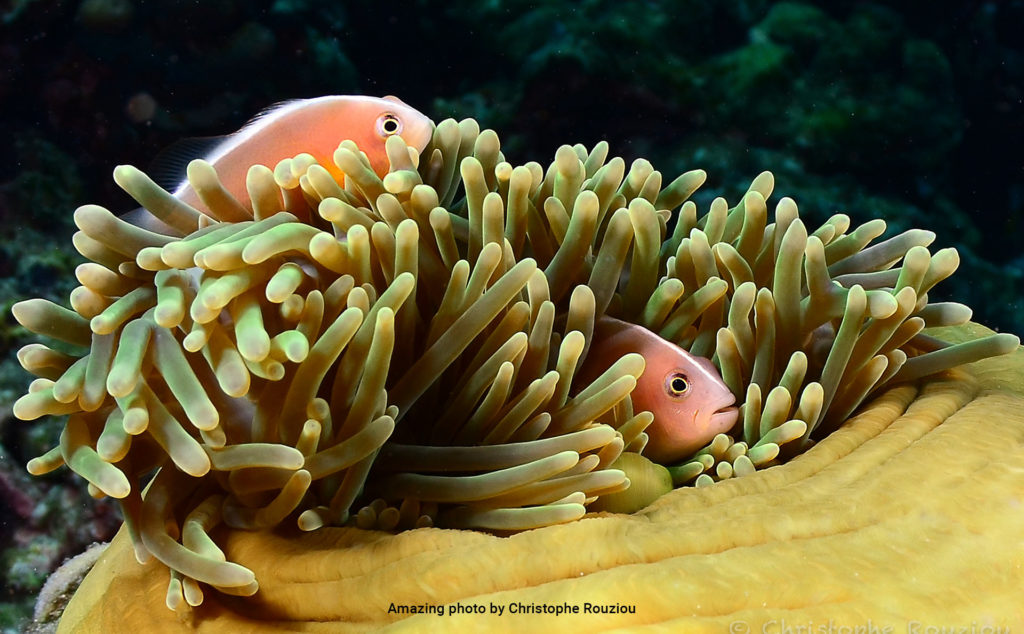 Found on the west side of Koh Phi Phi Lei is the beautiful Maya Bay, made famous for being the location of the movie ‘The Beach.’  The dive site of Maya Corner starts just inside the bay’s northern entrance, and follows the coastline north.  It is a steep shelved reef, with occasional sections of wall, covered, for the most part, in hard corals.  There are a few sweeper-filled swim-throughs to explore also.  Snorkellers can enjoy the large, shallow bay full of colorful patch coral and large schools of reef fish.

The dive site, particularly the area just outside the bay, gives a great opportunity to see turtles, both green and hawksbill.  It is normal to see two or three on one dive.  Stingrays can sometimes be found here, as well as black-tip reef sharks, although the sharks are generally found further up the coast to the north.  Unusually large schools of moorish idols and bannerfish are seen here, along with the vast array of reef fish one would expect to see in the area.

This is a very easy dive site and snorkeling location, rarely touched by currents, and never in the bay itself. 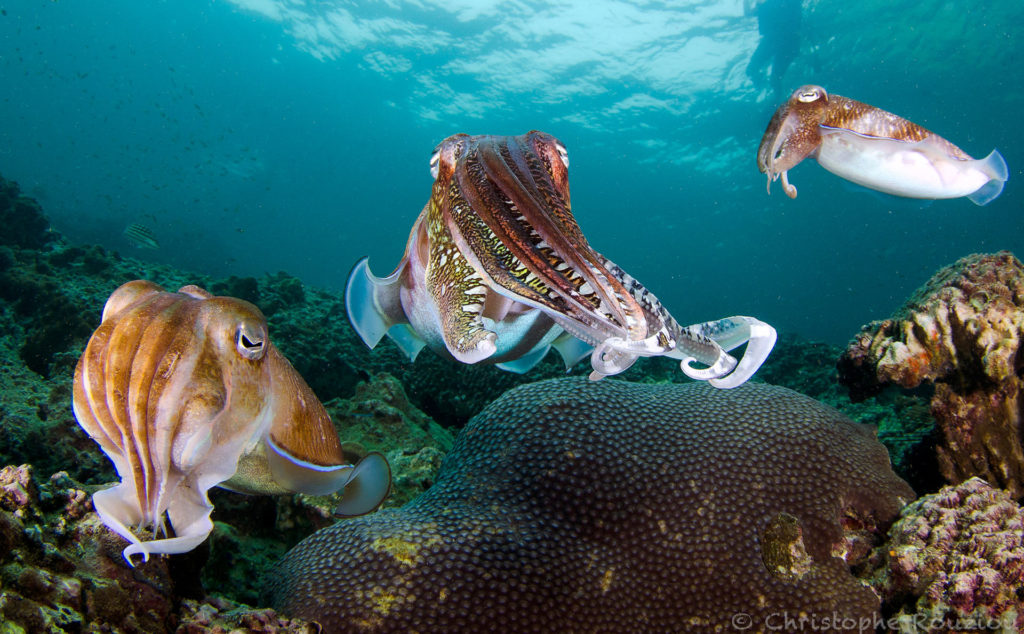 Located on the southern tip of Koh Phi Phi Lei, this beautiful bay is dominated by a towering limestone structure. Dives are made around this gigantic rock, whilst snorkeling is excellent in the shallows of the bay. The bay has patchy corals on the sandy bottom, whilst the dive site is a vertical wall, reaching its deepest point on the seaward facing side of the rock. The deeper sections of the wall have many small caves, crevices, and cracks for exploring. There is also a 2m wide canyon passing through the reef on the east side at a depth of 10m.

The reef is home to the usual gamut of fish. It is, however, the macro-life that this dive is known for. A wide variety of nudibranchs can be found among the scattered rubble on the sea-floor, and large schools of many shrimp species hide in the caves and crevices. Cuttlefish are common here also.

At shallower depths on the wall, you will find large barrel sponges, gorgonian sea fans and sea whips, all vying for space. 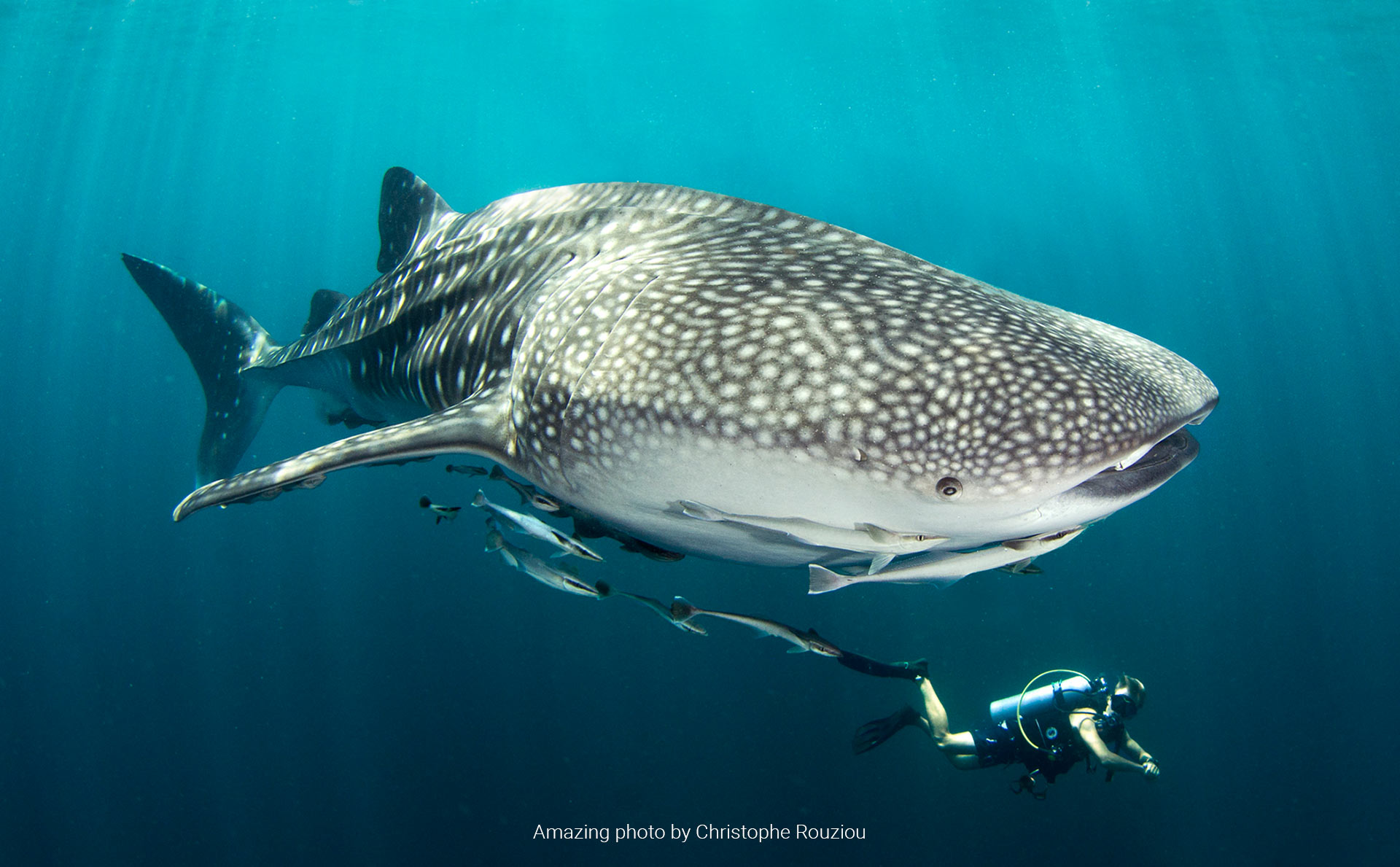 Our most famous local place

Nestled within the Koh Lanta National Park is one of the jewels of the Andaman Sea. It is a collection of six islands – Koh Haa Yai and its five smaller islands. 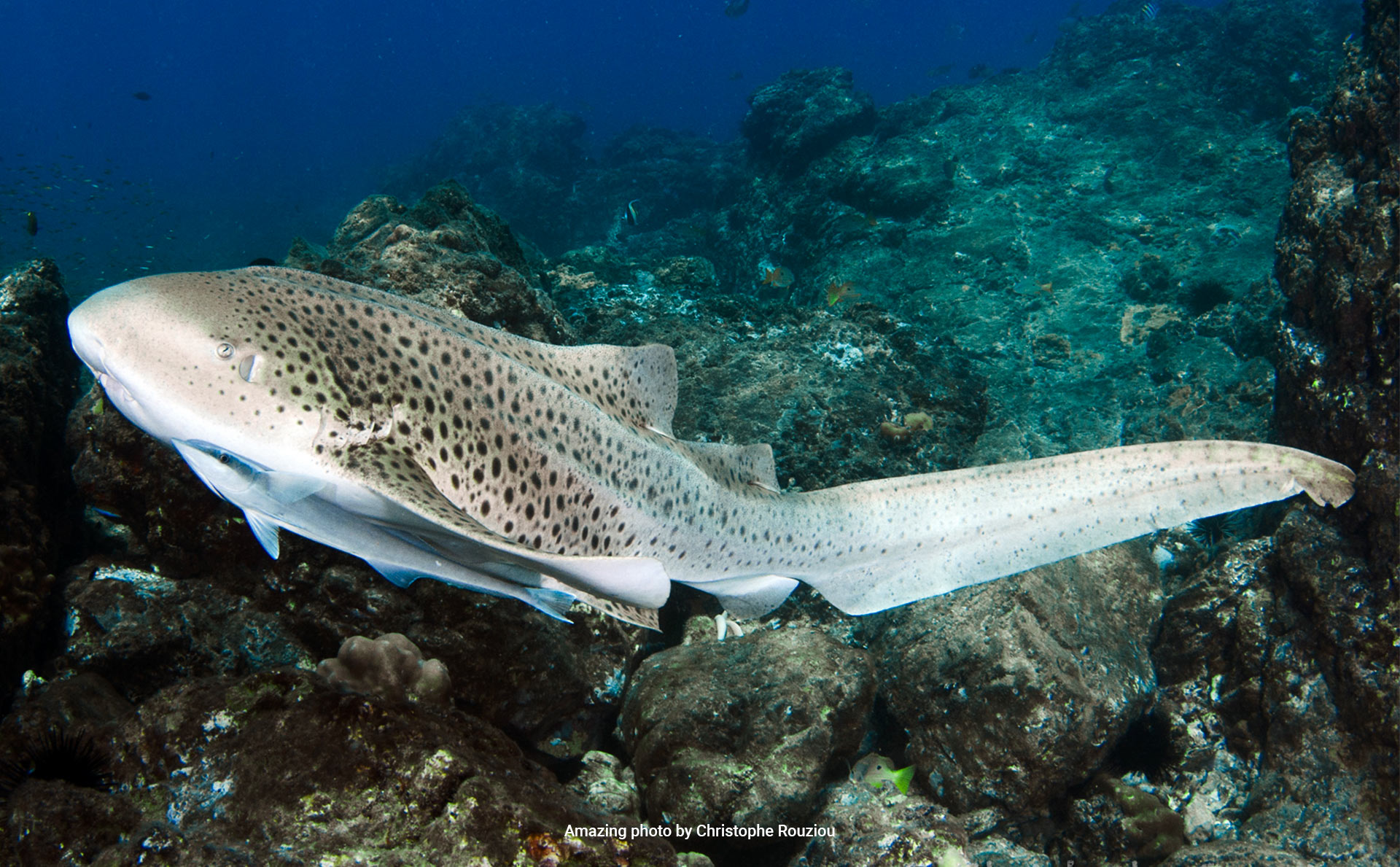 Koh Bida Nok, Koh Bida Nai, and Hin Bida are the home of a lot of relatively big blacktip reef sharks. Leopard sharks, other of our jewels, are seen on most dives at Hin Bida. 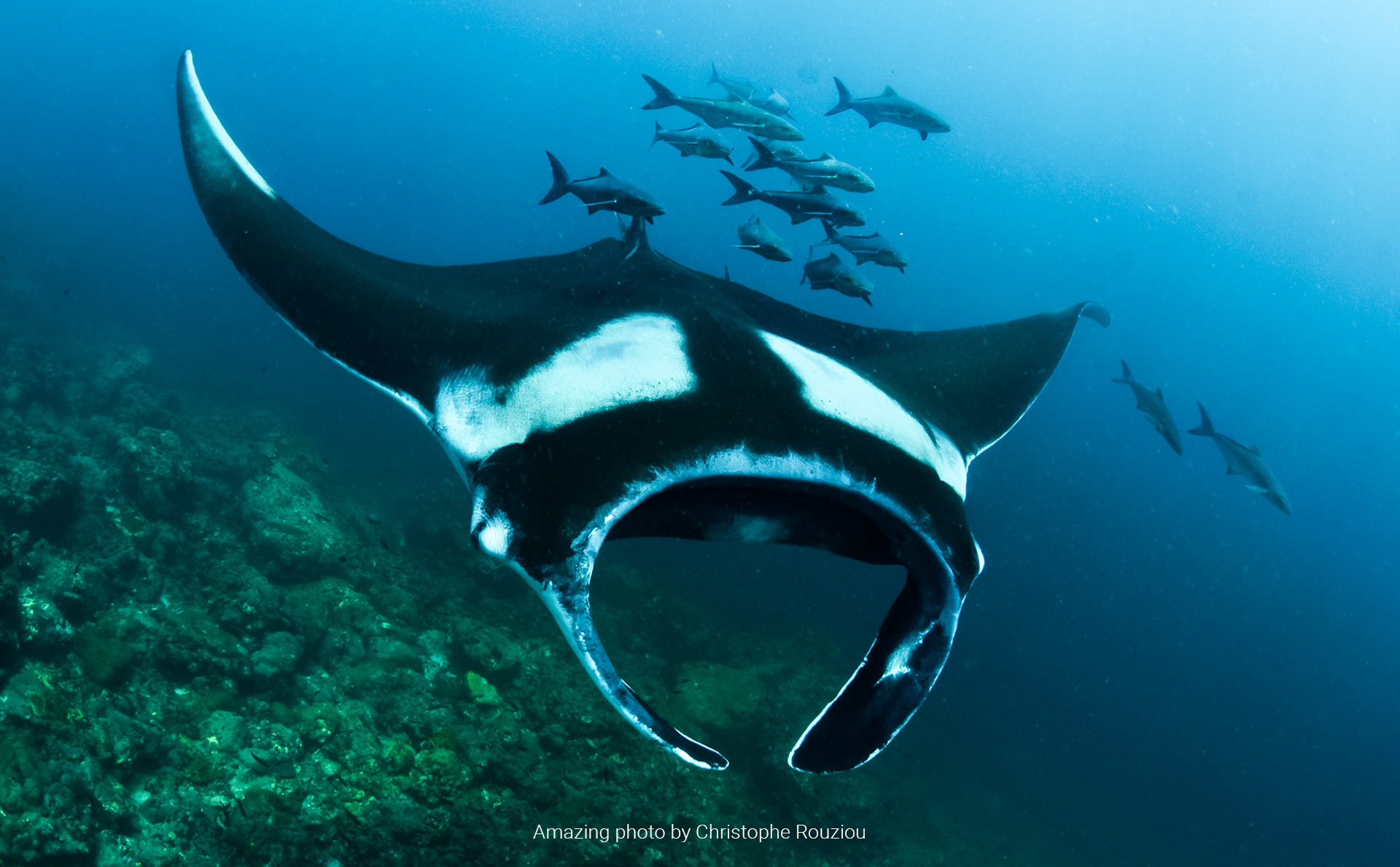 World-famous diving spots Hin Daeng and Hin Muang are home to huge oceanic mantas, whale sharks and many other species of marine life. A “must” for experienced divers.

Not enough dive sites yet?

For those who always want more, here you have some other proposal very interesting; Another wreck and the famous Shark Point and Anemone Reef.

Save money by booking on-line

Book your dives online at least one week in advance and get a 10% discount!

More of our Services 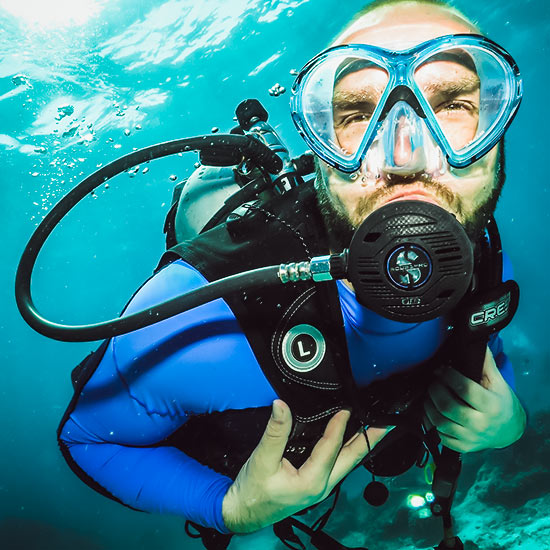 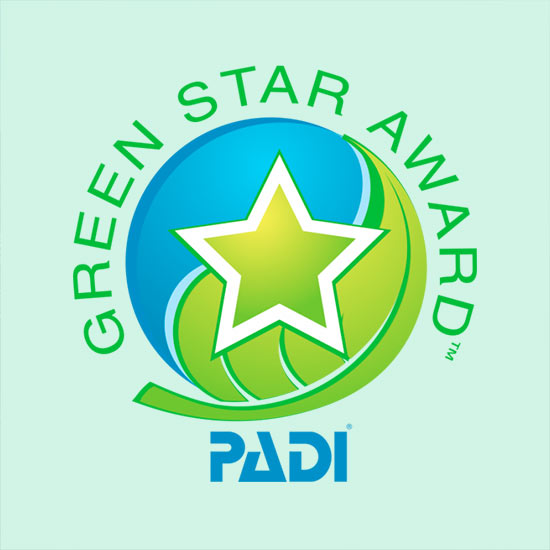 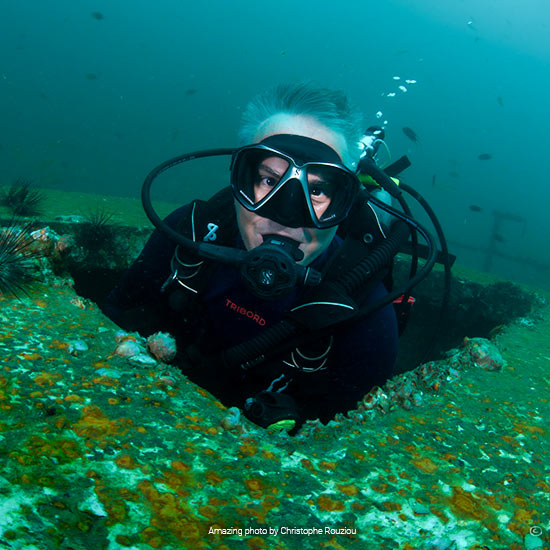 This website uses cookies to improve your experience while you navigate through the website. Out of these cookies, the cookies that are categorized as necessary are stored on your browser as they are essential for the working of basic functionalities of the website. We also use third-party cookies that help us analyze and understand how you use this website. These cookies will be stored in your browser only with your consent. You also have the option to opt-out of these cookies. But opting out of some of these cookies may have an effect on your browsing experience.
Necessary Always Enabled
Necessary cookies are absolutely essential for the website to function properly. This category only includes cookies that ensures the basic functionalities and security features of the website. These cookies do not store any personal information.
Non-necessary
Any cookies that may not be particularly necessary for the website to function and are used specifically to collect user personal data via analytics, ads, other embedded contents are termed as non-necessary cookies. It is mandatory to procure user consent prior to running these cookies on your website.
SAVE & ACCEPT